The game is described by Mary Jones as Spanish Patience (as indeed were all her games), as is normal in the United Kingdom, and in fact in other parts of Europe.

On balance, I think this particular game sounds better as Spanish Patience.

Lay out thirteen piles of four cards each, face upwards. This is the Tableau and is set out in one row of seven cards and a second row of six cards.

How to play Spanish Solitaire

The aim is to move all cards to the Foundations.

Only one card can be moved at a time.

The Foundation piles each start with an Ace.

A card may only be added (from the Tableau) onto a foundation pile if it is one higher than the previous top card in the pile. The card has to be of the same suit.

Suit is not followed for the Tableau in Spanish Solitaire. A card may be placed onto a Tableau pile if it is one lower than the previous topmost card of the pile.

Now pack on the exposed cards in downward sequence, so as to free as many cards as possible. Some judgement is required in this packing; every effort should be devoted to freeing the Aces and their following numbers. 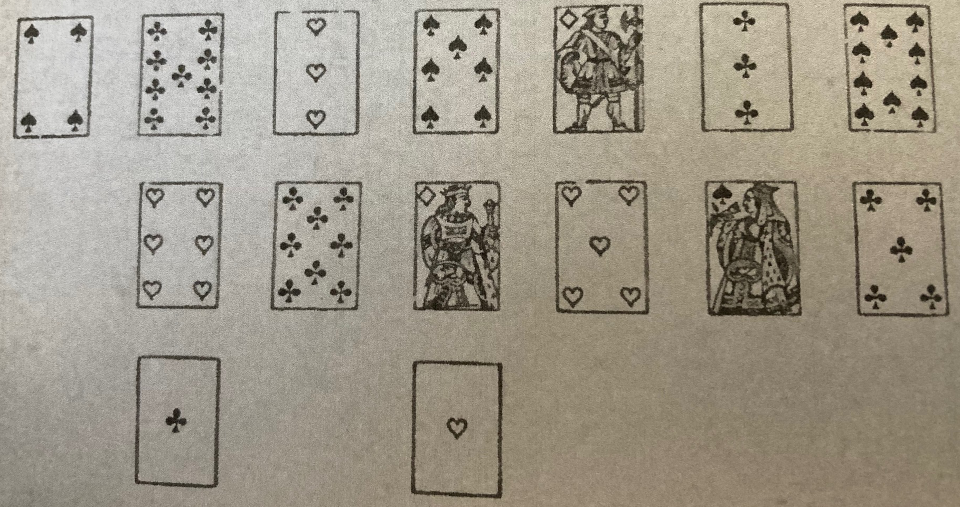