How to Play Wings Solitaire

One pack of cards is requried, and is laid out thus (see picture below).

Place a card on your left; at a little distance from it form two perpendicular lines of four cards each, with space between them to take the aces as they appear finally, one card on your right. Continue to deal in this way until the pack is exhausted, slightly overlapping the cards to economise space. The Aces are to be built upon in their proper suits.

During the process of dealing you may take an exposed card from either the wings for the Ace-packets, or from the sides, provided the card is in the same row as the Ace which requires it. When any card is this taken, the vacancy must be at once filled from the pack. When you have finished dealing out, you may pack outside cards on one another, either in ascending or descending lines, but following suit.

The success of the game depends greatly on the way this packing is managed. If you can succeed in entirely opening one row, you can puy any exposed card into the vacancy, following on with the same suit, if in sequence. For instance, the exigencies of the game may have compelled you to pack the diamonds reverse way, from the Four to the Seven; but by judicious distribution you have disposed of all the cards in another row. Now place the Seven of Diamonds in this vacancy, and bring the Six, Five and Four alongside in their due order, ready for the ace-packet, when you have freed the Two and Three.

Do not be in any hurry to pack at the beginning, but survey the board well, to see what the chances are. It is necessary to let none slip, for there is no second deal. The Diagram given illustrates a pack just laid out on the table. 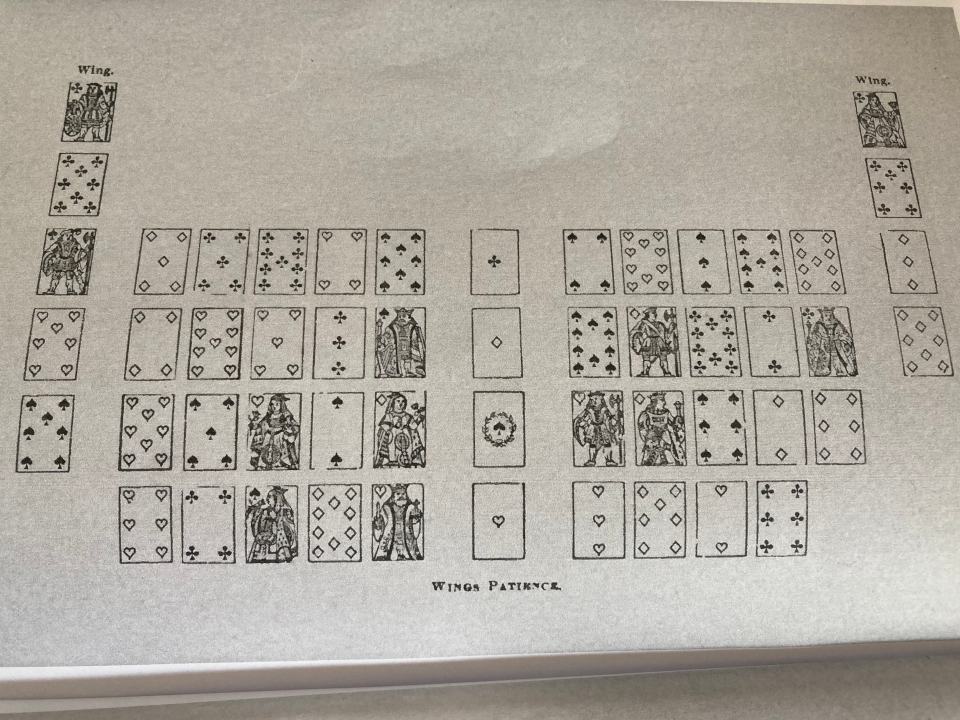