Shuffle two packs together, then lay on each side sixteen cards, in rows of four cards each, leaving a space between.

Now choose which of these sets shall be the active, which the passive, side. You will be guided in the choice by the way the cards have turned out; but it will be well to make the set that has the most low cards in it the active one.

The difference between the two is this: From the passive side you can only take uncovered cards, leaving the vaccant spaces; but from the active side you make take any card that is suitable, filling its place up again from the rubbish heap.

If, however, there is the same card in both sets, you *must* take it fom the passive side if it is available - that is with no card underneath it. Now, in the space between the two sets (see Diagram below) you place as they come out the four Aces and the four Deuces, side by side, and you pile on these alternate cards, following suit - i.e. on an Ace you place Three, Five, Seven, Nine, Knave, King; and on the Deuce you go up with the even numbers to the Queen.

Now, as the piling still continues with alternate cards, the order changes, and the ace-packet takes the even, the Deuce the odd numbers, till they end with the Queen crowning one, the King the other. There is no second turn allowed for the rubbish heap.

Originally from: Mary Withmore Jone's Games of Solitaire for one or more players. 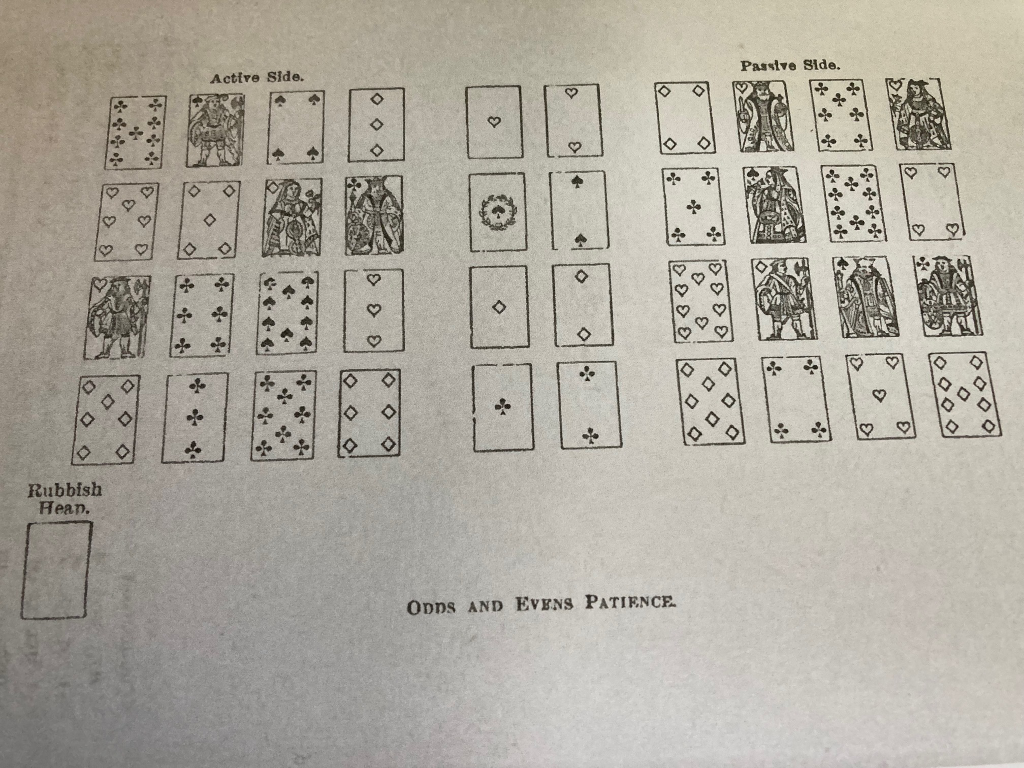