Two packs of cards are required.

This is an extremely difficult Patience to accomplish. It requires undivided attention, and great care in the packing, especially at last.

The whole of two packs must be laid out in the following manner, first shuffled well together. Place twelve cards in a row. If there are any Kings or Aces in the row, take them out, and place them below, to be built upon, the Aces upward, the Kings downward, in their proper suits.

Duplicates must not be taken - only the four belonging to the suits. If, also, in the first row, there are any Queens or Twos, and any other cards following in sequence, they can be at once placed on their packets, the spaces being filled from the pack.

This privilege is only allowed to the first row. In the succeeding rows the only available cards, except Kings and Aces are the two outside ones. When these are taken, if the cards above (which is then revealed) is available, it may be used, and the place filled from the pack. This restriction ceases when all the cards are dealt out.

There will be eight rows in all. Some very strict players do not allow the Kings and Aces to be taken unless they come in the top row, or as outside cards. This adds an extra difficulty to a game already so difficult, that most players prefer to take the Aces and Kings at once as they appear.

The board being thus laid out, packing in suits may be carried on to any extent on exposed cards, either upwards or downwards, the Aces and Kings beng carefully built up the while.

When you come to a standstill, and can neither pack nor build any more, gather the cards up in perpendicular rows, beginning at the right-hand first, and placing one on another without shuffling; then lay them out again proceeding exactly as at first.

A third deal is allowed.

When a vacancy is made in the top row, any exposed cards may be moved up into it, which is often the means of freeing important once. It is therefore a great object to dispose of all the cards in a perpendicular row, by packing or building.

When the board is laid out for the last time, the player must use great caution, in packing his cards, that the upper ones should not get chockered hopelessly. 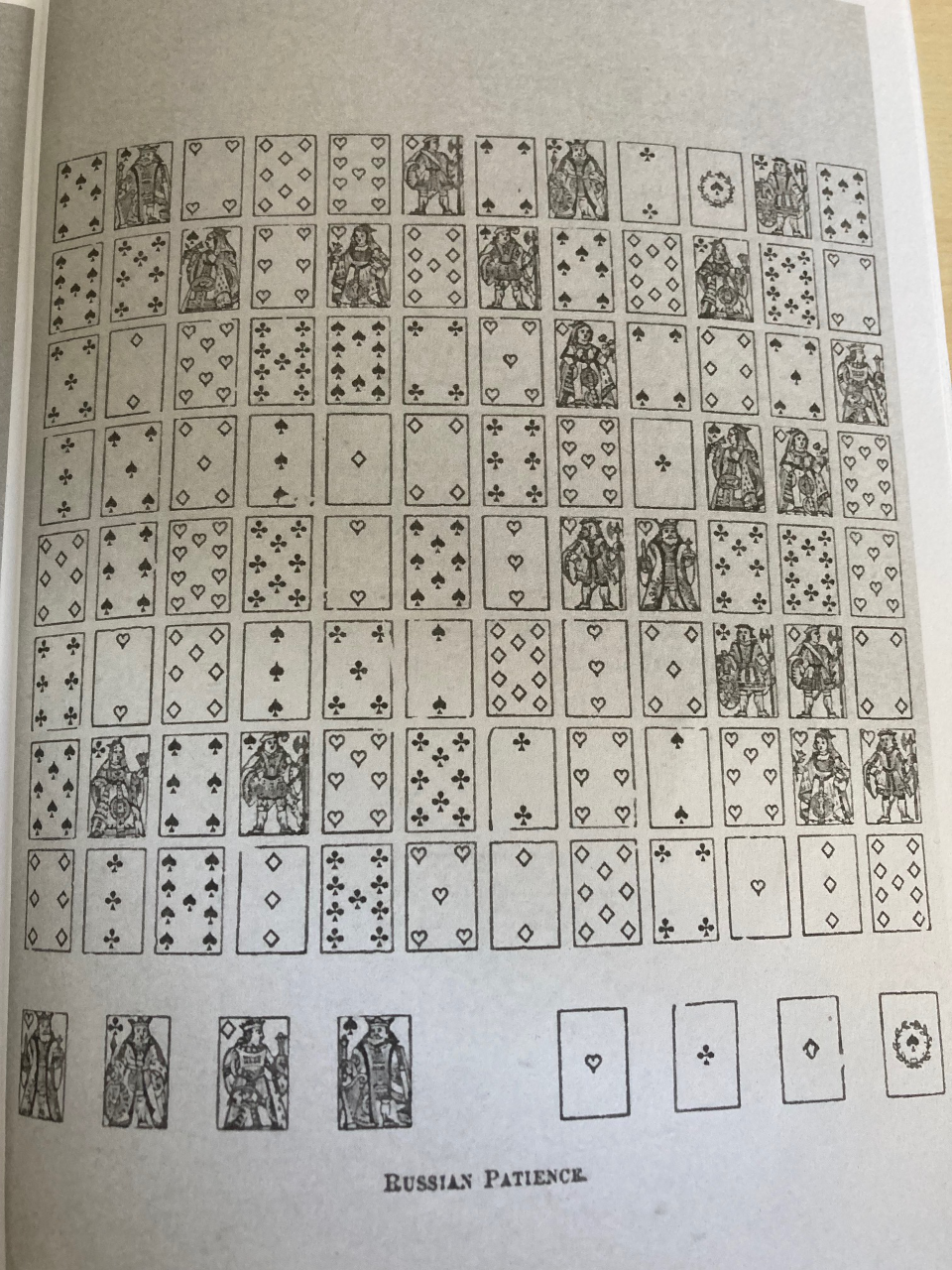