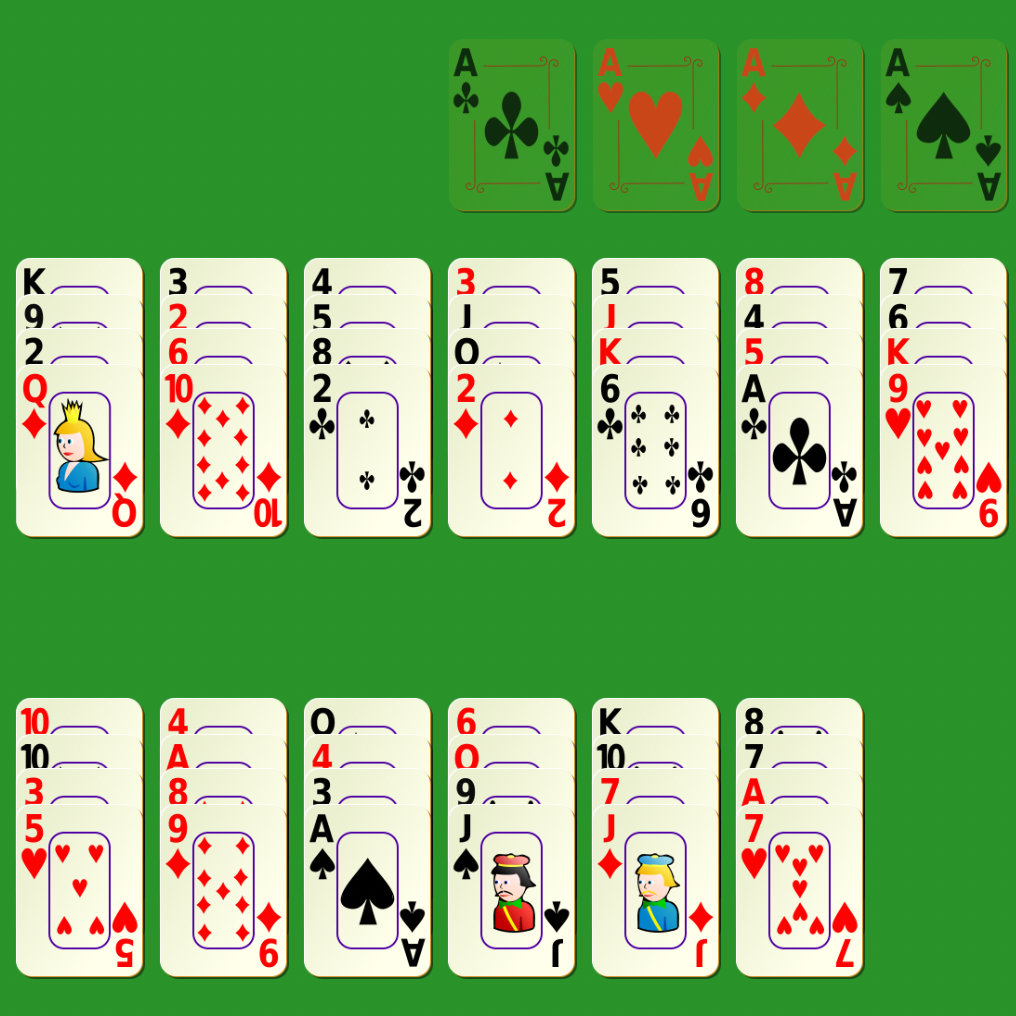 I started by added a clickable image of each game.

Solitaire Online was started between Christmas and New Year when not much was going on. It was designed to let me play Solitaire exactly as I wanted. I have became slightly obsessed with adding new games:)

It is true that there are a lot of good Solitaire sites out there.

It's sometimes also nice to do your own thing, and add some old-fashioned games of Solitaire that don't exist anywhere (obvious) such as Pairs Solitaire or Quadrille Solitaire.

Of course, no Solitaire site would be complete without the most popular games such as Klondike, Pyramid, Demon Solitaire and my favourite Spider Solitaire one suit.

But also as I want to play Solitaire as I want, it's fun to add themes as and when I want:)

In the introduction to Games of Patience for one or more players (by Mary Whitmore Jones), she writes:

'In days gone by, before the world lived at the railway speed it is doing now ...' and 'when the work and still more the worries, of life have so enormously increased and multiplied ...'.'

This was written in the 1800's. In other words nothing has changed over the course of the previous two hundred years regarding external pressures and perhaps doing too much.

Lemmy from Motorhead said something similar to Mary Jones, although it is unlikely that he was referring to Solitaire.

'You win some, lose some, all the same to me', and that's how it should be with Solitaire. No frills. No timers. No real competition, and just a way of relaxing.

'Patience' is a pursuit interesting enough to absorb the attention without unduly exciting the brain, and so giving the mind a rest, and, as it were, a breathing-space whereing to recruit its faculties.'

The games are as easy to play as possible. This is why for example there are two games called Solitaire One Card and Solitaire Three Cards, which are basically the same other than the number of cards dealt at once.

Even though there not too many (in my mind unnecessary) extra features, I have added or will add themes as these are a bit of fun (and nice to program - see origins) of SolitaireOnline.

SolitaireOnline.Org started life as a small hobby project to pass some time between Christmas and the New Year while I was not working.

It ended up growing larger than expected.

The idea was to make Solitaire pages on which it would be easy to add additional games. There are various different types of Solitaire, with more to come. Probably.

I post occasionally to the Solitaire dev Blog, writing about programming Solitaire, features that might be nice to add, and other Solitaire related matters.

But in brief, I wanted to experiment with an extensible Solitaire design, to which I could add additional features and games as and when. I have succeeded to a degree. It is easy to add new games. The code however is a mess. I wouldn't recommend copying it if you want to win marks for style:).

Thanks to both GoodSol and Politaire who kindly list the rules for numerous games of Solitaire.

I hope you enjoy the site:)

These games of Solitaire can be played:)

These games of solitaire can't as yet be played:( Hopefully with time, these will be added to the playable games.